Skip to content
Home
|
Survivor Bias
In WWII, a consideration was made to reinforce planes which had returned from missions against the Nazis in all the areas where they’d been shot. That is, until it was pointed out that those were the planes which survived. You don’t really know where the downed aircraft had been hit, so you may be wasting your energies.

This is called Survivor Bias and it applies in your hiring efforts, recruiting efforts, even in sales. Allow me to explain:

Let’s say your company has been going through a lot of turn downs, failed recruiting efforts, or an increase in people choosing to leave. The normal thing that is done is an effort to survey the remaining employees and see what you can do better. So you can see how this is asking the survivors to fix what they have already survived!

In recruiting, we often ask new candidates (and as we discuss in Client Cornucopia) new clients some version of this question: “Why me, and why now?” Why are you talking to a recruiter, why was I the recruiter you chose for this business conversation. Again, we are asking the people who have already “opted in” to explain why they opted in.

The harder question is the one you need to ask the people who have no desire to work with you. The ones who won’t engage. It is the question of why not me and why not now. We have a specific script for it in that BD program, but it always comes with two risks.

The first risk is coming off as desperate. I see you’ve chosen to not work with me as a recruiter, why not? It’s a bit needy, right? But the person you seem needy to has already chosen to not do business with you. You’ve got nothing to lose.

It’s like asking the employee who left why they left, only after they are at the new job. You aren’t trying to woo them back, or harm their career. You are gathering data to do better in the future.

Lots of companies talk about continuous improvement, and we need to recognize that means making the hard calls to people who clearly want nothing to do with you. You won’t win them back, but you will learn how to modify your message for the future. 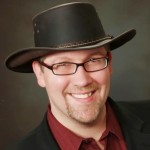