Why can’t recruiters consistently hire the right people for their own business? You’re not going to make perfect hiring decisions. In fact, you’ll probably be wrong more often then you’re right. I know it’s painful, but it’s true. Because we’re recruiters. We’re supposed to be the experts.

Then again, the lawyer who represents himself has a fool for a client. Business coaches have business coaches. Yes, even your dentist has a dentist. I’ve hired and fired over 75 recruiters, researchers and support staff in the 21 years I’ve own my search firm. I learned a technique I’d like to share with all the search firm owners in our industry.

Google is often considered the best when it comes to hiring and are currently touting an 86% success rate in their hiring process. They are the world’s leading experts on aggregating and retrieving data, with 2 MILLION applicants each year. Their application to hire ratio is smaller than any other company on the planet. To put it in perspective, it’s roughly 10 times harder to get a job at Google than it is to be accepted to Harvard.

Even then, it took them nearly 20 years in business to become as successful in their process as they are now. After looking at over 10 million applicants and their success professionally inside of Google, what they found was that no one person was any good any choosing the “right” candidates. You won’t beat their numbers.

There is a solution and an easy way to increase your hiring success inside your own search firm.

When you’re adding someone to the team (recruiter, researcher or support), hire two people simultaneously for the role. You’ll double the chance of one good hire, and it’ll only cost you one extra month’s salary for one person – or less. Sometimes both work out, sometimes none do, but more often than not you’ll end up with one good hire. And that’s what we want. Instead of Google’s 86% success rate, you’ll be running at about 50%. But you’ve gained back all the time you normally lose with a failed hire.

If you’re an owner of firm, even if you don’t have any staff currently, and you want more information on how to increase your own success rate when expanding your business send me an email with the subject line GROWTH. I’ll add you to the series. (There’s no class, no cost, only occasional emails helping you to expand your search firm.) 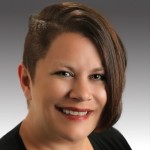